When assessing the crime risk of a Place, it is important to distinguish violent crimes which pose a threat to the general users of a Place versus those that pose a threat to specific individuals. The Bureau of Justice Statistics (Department of Justice) defines two types of crime categories based on the relationship of the offender and victim:

Non-stranger (also known as interpersonal) crime is aimed at a specific individual, such as a spouse. These types of crimes are not a direct threat to others. Increasingly, law enforcement agencies collect data regarding the relationship between the victim of a crime and the offender. Unfortunately, this trend has not extended to aggregated crime data sets such as the Uniform Crime Report (UCR) or even within most law enforcement agencies crime reporting areas (e.g. beat, district, etc.). Using Police Offense Reports, it is often possible to determine if the crime involved parties known to each other. When assessing the risk of violence to general users of a Place, it is more important to look at past non-stranger violent crimes. 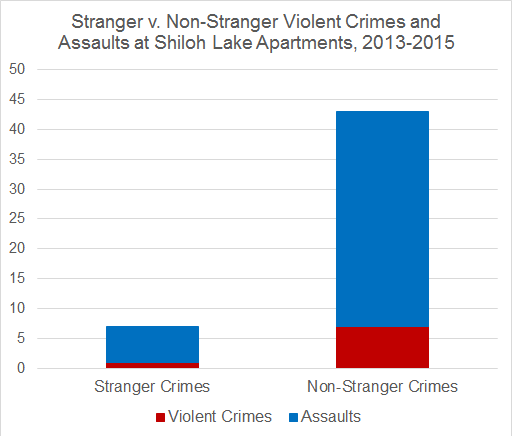